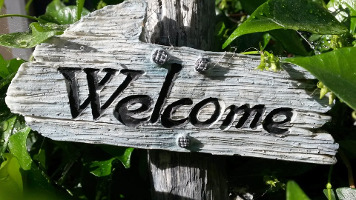 Intro for new visitors: This site was born in 2014 from the need to put all the amazing things I’d learned for the prior two years since becoming suddenly and severely disabled by Hypermobile Ehlers-Danlos Syndrome and several comorbidities into one spot so I could stop repeating myself! And to help more friends, family, doctors & followers “connect the dots” for themselves. In February 2012 after starting to weaken noticeably for about 6 months in late 2011, I suddenly went from walking to wheelchair in just over two weeks at age 45. Talk about your mid-life crisis, heh! I didn’t plan it, I swear – I was actually having one of my best database consulting years just prior.

I had been a fairly active and blessedly somehow fairly graceful folk dancer, photographer and gardener prior to that, leading a pretty full life despite chronic fatigue, chronic pain, low level fibromyalgia and sensitivities that periodically plagued me. (Allergies and headaches anyone? Anaphylaxis to bees & anesthesia?)

I had never been taken very seriously by doctors prior to this point outside of the Chronic Fatigue Clinic at Harborview Hospital in Seattle WA who did diagnose me with the still poorly defined Chronic Fatigue Syndrome in 1993 and others later with my fav, “just depression”. I’ve since determined I do not have true CFS as I later differentiated it even if I was legitimately depressed.

But now, suddenly in 2012 we had no choice: I suddenly weakened severely all over, split my right SI joint, subluxed (partially dislocated) my right leg as well as all my fingers, ribs and toes before my onset “storm” was over in February 2012. Yes, quite painful, ouch! And I started passing out from mild POTS and MCAS. Now my doctor was listening! Me too, after being taught to ignore all my body’s signs and signals by everyone else all these years. And I was finally diagnosed with the likely cause: hypermobile Type Ehlers-Danlos Sydnrome or hEDS, one of a collection of rare genetic collagen and related connective tissue defects that leaves a body with weakened connective tissues of all kinds from head to toe.

I say likely, as there is currently no single tissue marker identified for the hypermobile type of EDS, but we ruled out the only other likely kinds I might have with a blood test, leaving this as the best fit for now. I.e, I was diagnosed clinically by my geneticist using the Brighton Diagnostic Criteria in use at that time. (This has just been obsoleted as of March 2017.) We now see this running clearly on my late father’s side of the family, but I now also suspect my late mother in 20/20 hindsight, which may explain my “severity”.

I later learned about and recognized my additional comorbidities mentioned above (MCAS and POTS among others) with the help of my online support groups and Patricia Murray-Wood (@Mastocytosis) who followed me (@jandroid) on Twitter of all things. You guys are my lifesavers, truly, thank you all! I feel like Alice down the rabbithole – only with extra rabbit-holes at the bottom of that! (Follow this blog on Twitter @H2OhTWIST and Facebook at http://www.facebook.com/H2OhTwist.)

Weak and fragile skin, tendons, ligaments, bones, tooth enamel, blood vessels, GI tract, muscle tears and weak sphincters (all kinds!) – you name it, we experience all the defects you can imagine would arise from faulty tissues in so many systems built with collagen. This makes it chronic and systemic. And extremely painful, yes. Fibromyalgia is very common in the community. (Hold that thought!)

The irony is,we are also very stubborn, hard-charging, driven folks up until we do. So we really struggle to give in to the condition, and many like my father and some doctors I know never admit how bad they are, lending to the difficulty in recognizing it earlier. Being surrounded by family members who also have various issues and chronic pain, we tend to normalize our condition, and not recognize it as outside the norm. “Everyone’s body does that!” you say – no, they don’t!

Sadly, doctors have also all been told this condition is really rare, and that they’ll probably not see many cases in their careers, and are given (or can remember) only the grossest signs of the rarest types! Most are looking for stretchy skin and gross dislocations which happen in less than half of cases. Naturally this leads them to miss a huge number of both less rare and sub-clinical (not so grossly visible) cases that come through their doors every day! Update march 2017: As well as the entire new category of what were formely seen as subclincal hEDS cases called Hypermobility Spectrum Disorders.

I was subclinical until my “storm” of 2012 – I didn’t “catch” it then (I’ve “had” it since I was a zygote, smile), it just suddenly advanced severely for some strange reason. Usually there’s a clear trigger to such a rapid onset “cascade” or “storm”, like a car accident, death in the family, bad viral illness, or other trauma. (Just like with fibro, no surprise.) My elderly aunt experienced a similar history in her 40’s without any obvious triggers I now know, so apparently it’s genetic timing or hormone driven in our case. (Progesterone makes you more lax, so women show more obvious signs of hypermobility in general, and yes, especially during PMS.)

We are the “frequent flyers” in the medical system, with all our myriad seemingly unrelated issues including mental health.  Depression and anxiety are also rampant among us even if many won’t admit this. As Dr. Heidi Collins just quoted someone in her talk at the 2014 EDNF Learning Conference this year:

And ironically, I’m finding a lot of my fellow “zebras” (folks with EDS) are proving to be some of the most stubborn, hard-headed black-and-white thinking and pushy folks I’ve ever met! Here I thought just my family was this way all along, but no… we are those often smart, hard-charging, ambitious, perfectionist and narcissistic people who drive each other nuts! And how! So many of our “elders” (my parents, e.g.) will not admit to having a problem, only getting diagnosed by proxy to their more stricken child (someone like me) later, if ever. Toss in the misunderstanding about the incidence of it in the medical world and thinking it’s so rare when it’s really not, and it’s no wonder so few of us get diagnosed!

My parents were also both alcoholic, further muddying my own diagnostic waters – I blamed all of their problems on their obvious smoking and drinking of course. My dad refused to see a doctor – he knew they’d just tell him to quit smoking and drinking, which he wasn’t going to do. I finally gave up trying to get him to either and left him in peace and got on with my life. But he was always happy to nit-pick my health and well-being, and tell me just exactly how I should be doing things.

I’m now willing to bet a lot of our homeless and drug-addicted youth are possible undiagnosed EDS patients, trying to cope with chronic pain, depression and difficult families. I’ve even met a few in the last couple of years who agreed this was likely so. It could sure explain a lot of so called “drug-seekers” in our system. They probably have very real chronic but invisible pain and sensory processing issues for lack of proper recognition. (See When to Suspect for help with that.)

Lastly I’ll add that I’m seeing a lot of comorbid autism spectrum and related disorders in EDS families (stubborn sensitive Aspies, anyone? OCD? ADD? ADHD? SPD?), and dare I posit that maybe some of our doctors and nurses may just share a touch of this trait…(you’re all such good academics and science nerds, after all!) which may add to the difficulty in convincing them to see us in the subclinical forms as I was for my first 44 years.

Well, denial is not a river in Egypt! And I think we’ll ALL do better to start looking for a condition that leading experts now think may run as high as 2% of the general population (if not more IMHO). That’s 1 in 50 people if not more, folks! Look around you – you know at least a couple already, even if they’re not diagnosed! (They’re probably recovering from hip, knee or dental surgery or seeing a chiropractor, though). I dearly hope my site helps more people recognize more subclinical EDS patients, and stop thinking it’s so rare! We really have you surrounded, smile.

Thank you for reading to that end. I hope you’ll join me in helping to raise awareness! Jan Groh 2014. Like what you see? Please consider supporting me via PayPal here thanks.