I know, “what is normal” is a really loaded question or statement, but I’m not intending it to be. My normal is not yours, nor theirs, nor anyone else’s. We all truly have our own “normal”.

I’m just trying to help distinguish between the majority who are not hypermobile, and those of us who are, but may not realize we are, nor what all that entails.

[Edited to add in December 2021: I have since come to realize that “typical” might be a better word than “normal” which is a loaded judgmental word, and implies something wrong, broken or diseased or inadequate etc about anyone who isn’t “normal”. Which we are not. I may change the post title one of these days, accordingly. ]

Since we tend to be attracted to each others both platonically and romantically, those of us who are a bit ore more “bendy” have “normalized” the milder manifestations of at least the most common and currently so-called Hypermobile form of Ehlers-Danlos Syndrome (hEDS) all these years as I write this in December 2016.

Update March 2017: I obviously now include all the newly recognized and described forms of the new diagnosis of Hypermobility Spectrum Disorders that were just “invented” by the International Working Group on Hypermobile Ehlers-Danlos Syndrome as announced by the Ehlers-Danlos Society on March 15, 2017 along with the new EDS nosology (first in 20 years.)

This category is meant to catch all those not quite bendy/symptomatic enough to fit the newly tightened hEDS (hypermobile EDS) criteria now. (And/or in those who are very bendy, don’t have enough “issues with their tissuse” to tick enough boxes to be diagnosed with hEDS now.) <end update>

Other types may experience these things too, but are usually much more easily diagnosed due to grosser issues earlier on in life. I.e, what are things you experience with milder often undiagnosed hEDS or the new (as of March 2017) Hypermobility Spectrum Disorders besides the increasingly common fibromyalgia that the majority with “normal” or better aligned collagen do not?

The most obvious all these years is our gross flexibility, usually, lending to extreme bendiness and some contortionist talent. Yes, I highly suspect the lovely Sophie Dossi from the 2016 season of America’s Got Talent, among others. She is very hypermobile at a minimum, mistakenly taken by most doctors to mean just flexible, hopefully nothing more. (EDS = hypermobility plus medical issues. Some people are still believed to just be hypermobile by experts still.) Along with anyone else who is “double-jointed”, meaning you can sublux your joints at will, not that you have two joints.

NB Others can still have joint instability and other EDS signs despite not being flexible. That is, despite the majority with hEDS exhibiting great flexibility, not all will, but can still injure very easily and have soft inner tissues that rupture or tear still. Learn more here.

Popping your thumb or a hip out and back in easily is an example of a joint subluxation. It’s called a full dislocation when you can’t get it back in easily. Don’t play with your joints! One day it may not go back in, seriously! (Speaking from experience, ahem.) 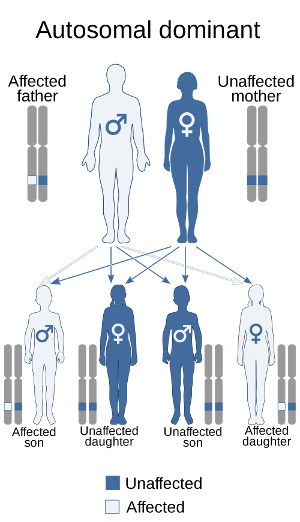 Although this post will smack of my When Else to Suspect EDS list, it’s slightly altered with a mildly different focus on things we may not realize aren’t common to the majority of the world around us. This is likely because we are surrounded by like minded and bodied people in both our families, and among our friends – many of us find we are highly attracted to each other platonically and romantically.

Whence our kids often get diagnosed first, they pull the “short straw” and get it from both sides, right?

But don’t stop mating, just be mindful as you do – I believe with improved nutrition and medical support, we truly can have improved quality of life so that it’s not a burden for anyone. Just lower your inflammation, boost your nutrition and detox your lifestyle as much as possible pre-conception for the best outcome for all. We are an incredibly gifted bunch, some call “twice exceptional”.

Some other common “party tricks” we “zebroids” often enjoy:

Other things that are common for us, but not “normal” for the majority of the human population include:

There are more, but I’m just throwing these out off of the top of my head this afternoon. I’ll try to add to and flesh out this post a bit later in time as things bubble up. I was just inspired to share this after a great conversation about one side of our bodies often being weaker for some of my Twitter followers today.  (This was a revelation for some.) It prompted me to think “what else don’t people realize is attributable to hEDS?” And voila, this post. (Welcome new followers here and there!)

No, not everyone will experience all of the above. That is never the case. (Boy are we a highly black and white thinking bunch!) Just as no solution will work for everyone either, it’s as individual as fingerprints. These are just some common themes I see crop up in the very large online support groups (over 20,000 on Inspire now) periodically.

Finally, I complete a post before midnight! Mark it on the calendar.