I’m doing a lot of warning lately, aren’t I? “Beware of Hammer Syndrome” last month. And now, “Beware of Gatekeeping” this month. Hey, it’s October 2018 as I’m hatching this post, so it sort of fits with the Halloween mood, right? (Beware of Ghosts! Boo!) Editors note: This post was first made available in early
Read More
Hammer syndrome? Wait a minute Jan – you’re already talking about Hypermobility Spectrum Disorders (HSD), multiple Ehlers-Danlos syndromes (EDS), Mast Cell Activation Syndrome (MCAS), and Postural Orthostatic Tachycardia Syndrome (POTS) among other things. You could say you’ve put the “syn” in syndromes, don’t you think? So what’s “Hammer Syndrome”?? Good news: it’s not a disease
Read More
This post is apt to be fraught with emotional triggers and landmines due to the nature of the subject itself. Weight loss and management have been a sore point for millions of people for many years, especially in the post war era in the so-called “first world” when big oil and the chemical industry radically
Read More 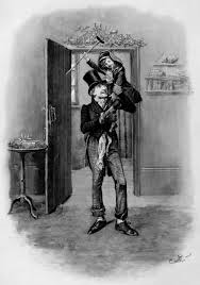