I don’t know how this doesn’t get more press or notice, but it’s become increasingly and glaringly obvious to me that all of the awareness raising around EDS, MCAD and “friends” (what I call the Chronic Constellation here) is almost exclusively being done by white people. And mostly women. Or at least that I’m aware of.

The latter I can see for somewhat obvious reasons to anyone who spends much time in the support groups: for whatever reasons, including hormones panels, etc., women are noticeably more hypermobile on average than males and so are easier to spot. (Dr. Tinkle mentions that progesterone makes you more lax in his book on Hypermobility.) We also seem to have more issues with our tissues possibly from that same hormone panel differences lending to increased MCAD (both female hormones are MCAD triggers it turns out).

I may just be missing some pockets of blogs and voices I might find easily with a little searching. Please gently apprise me of same if so. But in general, most of the Tweeting and Facebook posting I see is pre-dominantly white, including my own.

And to my knowledge, none of these diseases discriminates across races. And I never see any pictures of black people in the groups or on Twitter or in the medical texts. Just white people. So I thought why not try signal boosting with my platform. But I just need some voices to boost. Please email me to that end at: 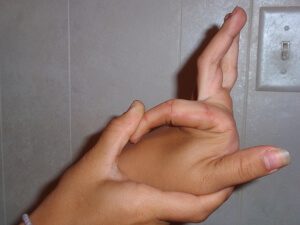 I will readily admit, it’s super easy to see a bright red flush in my lily white face and neck than perhaps in a black person’s, but that doesn’t mean they don’t experience any. Nor scarring, or dislocations or bendiness, or fibromyalgia or pain.

I have a sneaking suspicion that as hard as I have found it to be to get recognized, validated and diagnosed as a white, cis-gendered hetero-normative person, it’s only that much harder for everyone else likely due to racism and bigotry in medicine ON TOP of the usual medical gaslighting we all experience to some extent based on so much misinformation still. At least in the western world that I’m aware of.

So I’d like to solicit some voices of color to write me and share their experience, and perhaps provide a guest post or two on my blog. I want to signal boost  your experience and increase awareness in the black community at a minimum, and other ethnicities and races worldwide.
Hakim, Keer and Grahame state in their 2010 tome:

“There is wide variation in the prevalence of JHM [joint hypermobility] in the literature depending on the populations explored. It is three times more common in females than in males, of higher prevalence in Asian and African races than Caucasians, and diminishes with age. Generalized or polyarticular  hypermobility may be present in 10-30% of males and 20-40% of females in adolescence and young adulthood (Hakim and Grahame 2003a).”

From Hypermobility, Fibromyalgia and Chronic Pain, 2010. They go on to say further:

“There has been no study specifically addressing the prevalence of JHS. One study of JHM in a New Zealand Maori and Caucasian population also included an assessment of the JHS phenotype; from this a prevalence of 0.75% could be calculated (Klemp et al 2002).”

I’m pretty sure these diseases don’t discriminate, and can be found world wide. Again, we’re just mostly hearing from English and North American patients like myself to date. I’ve seen a few posts from France, and was finally followed by a Spanish organization on Twitter whom I retweet often. But not much else.

I admit, I can only read the Latin and Cyrillic alphabets, limiting me there. But even here in the US, I almost never see zebras of color posting. And I think that’s a shame, as I’m quite sure they are just as affected if not more so, and could use some proper recognition.

Just like how the autism community is asking us to post “nothing about us without us”, I realized Black, Latino and other marginalized communities may be feeling the same way. I have added as many international organizations as I could find on my support page here.

My intentions are pure, and my sentiment genuine. I’m seeking to signal boost, not “Jansplain”, smile. Let me know what else I and my privileged colleagues can do to improve on this situation, thanks.

To all our health,