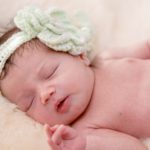 Anyone with any flavor of a connective tissue disorder, and any flavor of Mast Cell Activation Disease can tell you how little restful sleep you can get. People with either an HSD or a form of EDS struggle mightily to sleep at all sometimes for a myriad of reasons I’ll share shortly. And I mean besides the obvious “painsomnia” as we call it, that leaves you lying awake often flopping around like a fish trying to find a comfortable position – any comfortable position!

Prior to my massive sudden onset cascade or flare of early 2012 that got me diagnosed with hEDS finally at 45, I had struggled to fall asleep and stay asleep all my life, even as a child. I remember my parents administering a teaspoon of sickly sweet “Triaminic” syrup to help knock me out as a kid many nights, even if I wasn’t sick. I just need that extra help to tip me into sleep.

I often was also a little hungry late at night, and would creep out and beg bites of food off of my dad’s plate. Lucky for me, he shared my late night sleeplessness and hunger, and so often ate his dinner alone, late around 11:00 pm when most good kids are fast asleep. Not us! So he’d toss me a bite or two of his sausage or steak and off I’d drop to sleep finally once sufficiently sated. (Yes, we were an odd family. At least by prevailing standards at the time.) I’ve since found this is semi-common in EDS families.

As I aged and forced myself to conform to the 8-5 school and work “norm”, I found I often got a surge of adrenaline around 9 pm lending to insomnia, and wrote all of my best college papers in the wee hours the of night and morning they were due. I now suspect mild (or more) ADD in 20/20 hindsight lending to this along with mild adrenal fatigue – we often fare better on adrenaline surges – but I had no one monitoring me, so if I didn’t mind, it didn’t matter right? And man I wrote some sweet papers at 3 a.m.! (Do as I say, not as I do, ahem!)

I also had various odd and mostly mild reactions I now recognize from my undiagnosed MCAS in hindsight. One time my eyes swelled shut and I had to leave a party coughing and choking – from pomegranate seeds I had eaten, I later realized. The advice nurse I spoke with for that particular episode tipped me off that everyone naturally sheds histamine around 3 a.m. which arouses you often sweating and coughing on mucus, and that you could take some Benadryl to off-set this every night, as well as during reactions.

So I did, and wow, I started to not only fall asleep but also stay asleep a lot better after that! Though this also raised my blood pressure I later realized. I eventually switched to chlorpheniramine maleate (the generic for the old “Chlortrimeton” brand of over-the-counter antihistamine) which had fewer side effects but worked just as well.

The The Mastocytosis Society also recommends keeping Benadryl as a rescue med if at all possible vs using daily. I used this for years until I later adjusted my meds with the help of a savvy allergist.

But learning to wrangle my histamine made a world of difference and I managed to live this way fairly well until my mid forties, when boom, I suddenly fell apart from head to toe in early 2012 at 45 getting my diagnosed with hEDS finally per the criteria at the time. Then I had plenty of other reasons to not sleep, pain being chief among them. (I split my right SI joint, subluxed my right leg, and all my fingers, ribs and toes that winter, oof! Talk about your mid-life crisis.) I ended up building nests of blankets and pillows just to hold my body together in a safe position so I could sleep for more than 30 minutes at a time.

Along with some searing neuropathy and joint pain that springs up during my MCAS reactions still, I spent many a sleepless night the first few months of 2012 until I tweaked my meds to just the right combination. The Ambien I tried helped knock me out, but left me very hungover and dizzy, so I didn’t care for that. I found Trazedone to work very well for knocking me out with no hangover the next morning. Between that and sufficient pain meds and antihistamines, I slowly wrangled the ability to fall asleep.

Thanks to being tipped off to Vitamin C and magnesium to help lay in new collagen and build smooth muscle fiber by my geneticist in 2012, I also started ever so slowly re-strengthening head to toe, rather like a wilted flower coming back to life with water. But just like watching your hair and nails grow, it happened over weeks and months, not days. Still, I continued on with a daily supplement regimen on top of the pain meds and antihistamines mentioned above, and about four months later, was starting to sleep a couple of hours at a time and feel ever so subtly stronger.

Six months later, I could go a whole six hours at a stretch. This then began an upward healing spiral, as my body could then rest and restore in my sleep. My brain fog started to clear. And I felt subtly and slightly stronger every passing week and month. Oh sure, I still had to be careful, and I had a second bad flare in September 2012, right before being hit by a car in October (uhm, uncle!) But I had a winning formula, and along with some Reiki tips from a friend, I again ever so slowly kept rebuilding myself and increasing my restorative sleep.

One of my only other problems was my super sensitive hearing, combined with noisy upstairs neighbors. I already wake at a mouse fart, and the neighbor I had that year would come stumbling home drunk and drop his shoes and God only knew what else on the hard wood floor right above my head at all hours of the night! (Sometimes 4 a.m. no kidding, ugh.) So much for sleep, even with all my meds on board! We finally got him replaced with a more sedate neighbor, and the upward healing spiral recommenced. But not without a concerted effort at convincing the landlord. I’ve since found Sensory Processing Disorder to be another semi-common comorbidity.

Another facet I never got properly diagnosed, but recognized when a friend did, was CNS apnea. No, not obstructive airway apnea, or the common “sleep apnea” most have heard of and also often “enjoy” (hold that thought). But central nervous system apnea, which would cause me to literally stop breathing even in the day time! Or, as my pain psychologist asked in surprise: “You mean you have to recruit your frontal lobe to breathe?!” Uhm, yes, Dr. Chino, I did! I literally had to remember consciously to breathe – even in the day time when fully awake! At least for a about six months at my worst.

I’ve since learned this is often a sign of either occult Chiari formation or compressed brain stem at a minimum. And again, fortunately mine seemed to clear up completely on its own about six more months later after my head and neck continued to restrengthen on their own, just from the vitamin regimen I was on. I never did get this diagnosed as mentioned, and dodged the surgical bullet, thank God. But I will never forget it, because it took such a conscious effort. So God only knows how I was doing during the night – I lived alone, so had no one monitoring me, not even a dog. I do think I have a great pack of guardian angels apparently, and thank them daily.

Toss in the all too common and unsurprising obstructive airway or “sleep apnea” most have heard of and suffer from, and yep, we’re sort of doomed to be sleepless in any city (not just Seattle), as you can see. Even thinner patients will suffer from this, thanks to our floppy laryngeal and pharyngeal tissues from our weak collagen lending to this. (Added weight only muddies the waters for doctors.)

I don’t know if I have this latter as I’ve never had a sleep study done. But I’ve since sorted my sleep so well that I don’t really need one now: I’m getting enough high quality (read: good, deep, uninterrupted) sleep that I’m not worried about it. If I do have it, I believe it’s pretty mild.  I also no longer have much if any brain fog anymore – another common sign of poor un-refreshing or overly light sleep.

And if I ever eat wrong, or drink alcohol, I guarantee you I’ll be awakened or kept awake from indigestion, gas, bloating, nausea, and more (including really frequent urination) from my MCAS and IgG reactions and chronic low-level GI candidiasis. Of course I try to avoid this, but it’s not always possible or easy. And sometimes I just can’t resist my favorite Thai take-out! But oh boy do I pay to play.

Update 2018: I just stumbled on this great short video by cardiologist Dr. Sanjay Gupta from York, England explaining how having POTS and dysautonomia can lend to unrefreshing sleep from an increasingly disregulated sympathetic nervous system. Check it out!

So you can see that the deck is sort of stacked against us for sleeping well. And this is undoubtedly not all the causes of poor sleep in us. But… with luck, we can get at least some or more quality sleep if we lock down all the factors we can control (diet, sleep hygiene, MCAD medications, sleep meds, pain control). Then we’re just left with the structural issues to varying degrees. Some more than others.

And there are steadily increasing numbers of gadgets and sleep aids (including white noise machines, and mouth tape) to help with our various sleep issues every passing day. So consider getting a sleep study done and consulting a technician or doctor for the latest in sleep aids. As well as getting your pain controlled if at all possible. (Increasingly legal CBD oil and medibles may help with this.)

I now live at an average 5 on the 10 point pain scale without pain meds. (I only take something when I injure or need to function in public without crying.) I have a hot spot in my thoracic spine that shoots to an 8 or 9 on a dime even on a good day. (Part of the reason I had to stop working again, waah.) But I walk a knife edge between low enough pain to sleep, and painsomnia. So I do all I can to optimize my chances of succeeding to sleep daily. I now call it “Vitamin S”. And consider it about as vital or more than anything else I “take” or use. And sleeping well also lowers pain, in reverse as you heal better.

I hope you can thread your own sleep needle successfully too. There’s nothing more precious or vital after nutrition in my opinion. But if you’re struggling, just know you’re not alone and can find plenty of “painsomnia pals” in any hypermobility or fibromyalgia support group you find.

To your health – and… even better, successful sleep,