My long time followers may have noticed that I update my home page every month under News and Events to talk about whichever comorbidity or comorbidities (plural, often) it is the awareness month for. E.g. September was both Chronic Pain and Chiari awareness month. Two much too common comorbidities for all of our liking, sigh.
Read More
This isn’t going to be a post on how specifically to diagnose the Ehlers-Danlos syndromes (EDS) or Hypermobility Spectrum Disorders (HSD) per se, as that’s already been covered here. Rather, I want to draw attention to the many “red herrings” or false leads that we and our doctors often identify and manage to recognize and
Read More
I’m doing a lot of warning lately, aren’t I? “Beware of Hammer Syndrome” last month. And now, “Beware of Gatekeeping” this month. Hey, it’s October 2018 as I’m hatching this post, so it sort of fits with the Halloween mood, right? (Beware of Ghosts! Boo!) Editors note: This post was first made available in early
Read More
Hammer syndrome? Wait a minute Jan – you’re already talking about Hypermobility Spectrum Disorders (HSD), multiple Ehlers-Danlos syndromes (EDS), Mast Cell Activation Syndrome (MCAS), and Postural Orthostatic Tachycardia Syndrome (POTS) among other things. You could say you’ve put the “syn” in syndromes, don’t you think? So what’s “Hammer Syndrome”?? Good news: it’s not a disease
Read More 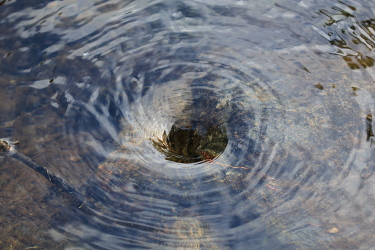